On our first night in Brooklyn we went exploring for a place to eat. It was around 8pm on a frigid Friday night and there was barely a soul on the street. Apart from a few head lolling dozes on the aeroplane, none of us had slept for a good 30 hours or more. My ears were slightly blocked, muffling not only the sound, but my general comprehension of the world around me. But it was still amazing. It felt like we were walking through an episode of Sesame Street after dark.
After walking aimlessly for 20 minutes, our toes were freezing inside our shoes, so we gave up searching for better options and piled into a tiny Chinese take-out joint. Inside the tiled foyer, the walls were plastered with hand written signs, randomly arranged. There were some laminated photographs of unappealing food, but mostly perusing the menu consisted of swivelling around and reading one bizarre sign after another. There appeared to be two price options: Pt or Qt. I had know idea what that meant, but later learnt that it stood for “Pint” or “Quarter”, an odd system for measuring food size? To place your order, you shouted loudly through the bulletproof Perspex, with little sound holes drilled through, and a small slit for passing money though. There was a double language barrier – not only was the harried chef a native Chinese speaker, he was also unaccustomed to our Australian accents. We struggled through with lots of repetition and pointing and hoped that we would at least get something approximating what we ordered. As we waited in the dingy, tiled foyer we were treated to a comedy of errors as the door swung continuously, admitting a cavalcade of hungry Brooklyn natives. We felt like meek little Australians, full of manners and superfluous “thank you’s” as we observed how it was done, Brooklyn style. Every customer apart from us was African-American. Black puffer jackets, jeans and sneakers (or ugg-boots) were the standard attire.
Enter the first lady customer. She strode purposefully up to the counter and rapped impatiently on the glass.
“Gimme 4 chicken wings and fries”
The man serving didn’t bat an eyelid. She’d obviously called the order in earlier and he had it ready. He shot back with his own barked question “Sauce?” (which in American sounds like “sorce” and Chinese American “soss”)
“Gimme Mambo sauce all over. Over everything”.
One after another, the customers came in, banged on the Perspex and demanded wings and chips. So popular was this choice, the handwritten sign was posted right in the front counter window. Wing prices – from 2 through to 10, every number combination. And every customer knew exactly how they wanted them
“Gimme four wings and cut those wings before you fry them with Hot sauce”
There was a cute little boy in a puffy Parker who was no older than twelve and had zero manners. Knock knock knock. Gimme wings. He left the restaurant with a swagger, rapping to himself.
We started to see a pattern emerging.  Most people had phoned their wing and fries order in and they were just coming in to pick up. One guy came in to pick up four serves, but there was some confusion – the order hadn’t been placed. We listened to customer and chef bicker with each other until the customer demanded “Gimme your phone”. There was a small passage through the Perspex where food could be handed. The chef passed the phone through to his customer. Every exchange was simple and to the point. Gimme your phone. Phone handed over. No time wasted with niceties. The guy phoned his friends, argued a little more and his ordered was placed. The next farcical interchange involved sauce.
The Chinese Chef held a canister of salt and demanded sharply
“Soss?”
To which the impatient and frustrated customer replied
“Sorce”
“Soss”
“No – sooorce”
“Soss?”
This went on for a while until the two of them understood each other
“Duck Source, all dat” 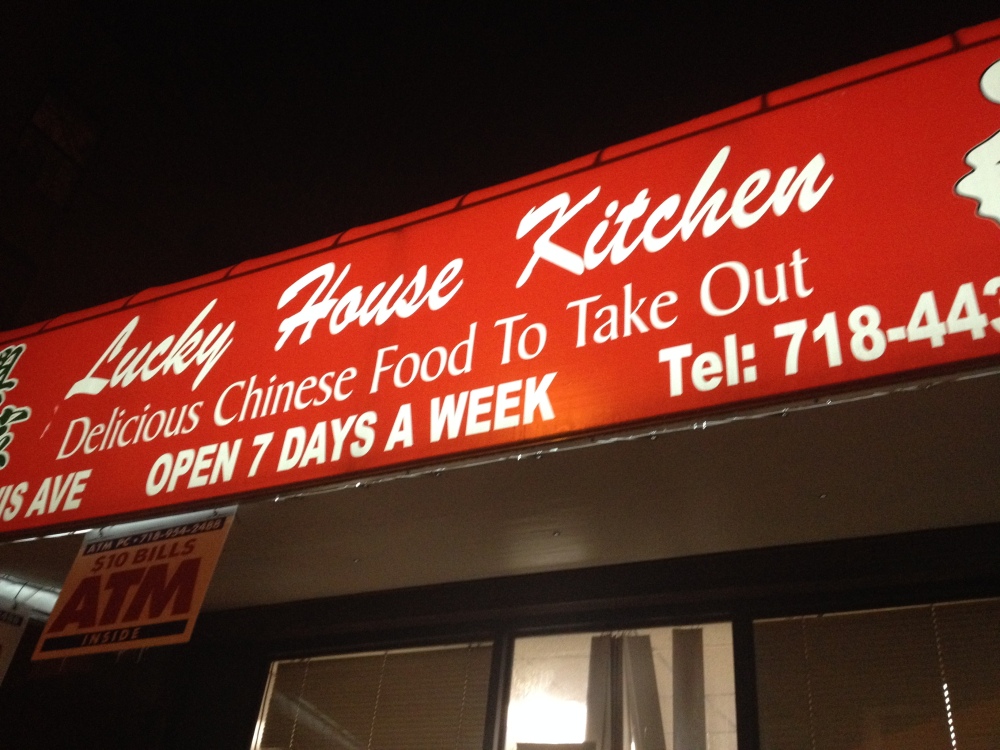 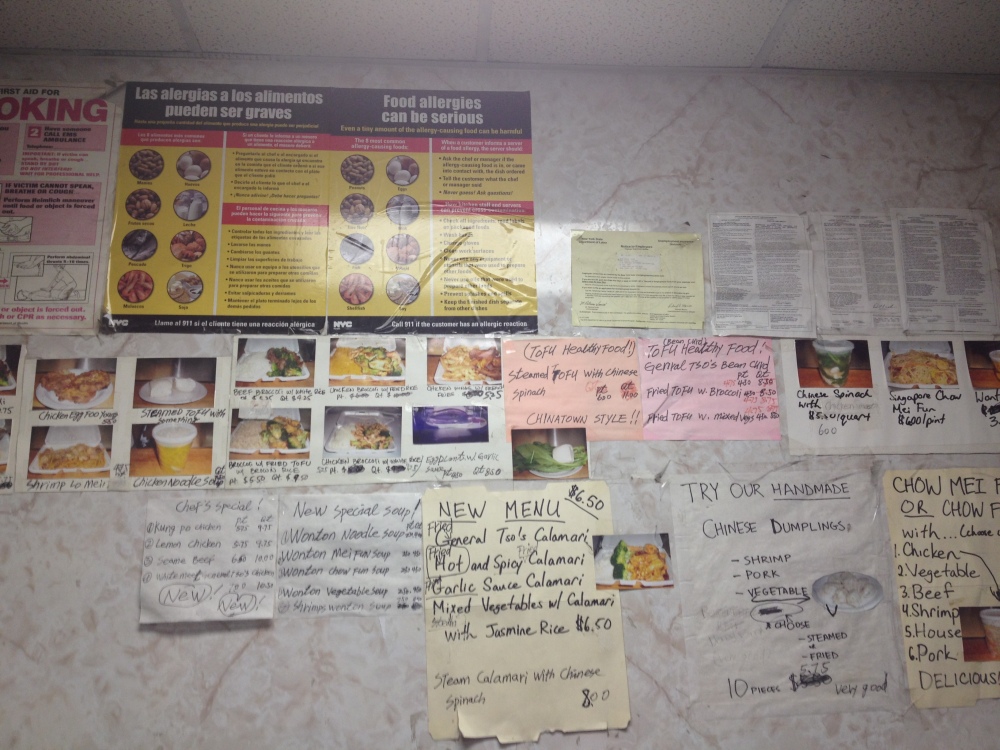